Location-based innovation policies can be found in almost all transition countries, typically in the form of science, technology and research parks, technology centres, and designated science cities (see Chart 5.4.1).

Location-based policies are fairly popular in central Europe and the Baltic states – particularly in Hungary, where more than 200 industrial parks can be found. They are even more popular in Russia. The former Soviet Union pioneered innovation-oriented location-based policies, which were underpinned by public investment in science and fundamental research. The innovation model followed by the Soviet authorities as of the early 1930s involved the creation of “special-regime enclaves intended to promote innovation”.37 These enclaves initially took the form of secret research and development laboratories (referred to as Experimental Design Bureaus or, more commonly, sharashkas) in the Soviet Gulag system. They were later followed by science cities, closed cities and academic cities.

Today, 14 locations are officially designated as naukograds (science cities). In addition, the country has almost 30 national research universities (NRUs) and numerous business incubators, technology parks and technology transfer centres, as well as five special economic zones (SEZs) focused on innovation, and the Skolkovo innovation centre.38 In some of these locations, a pilot programme for innovation-oriented hubs was launched in 2012.

Most of these parks are linked to a specific university or research institution and publicly funded (particularly in Russia), further highlighting the focus on the supply of new technology. However, there are exceptions, such as Technopolis Pulkovo (a commercially funded science and technology park in St Petersburg), which is wholly owned by Technopolis plc, a Finnish public limited liability company.39 The park aims to support knowledge-intensive companies and start-ups and foster links between academia and industry, which should contribute to the diversification of the region’s economy. There is also expected to be some transfer of management skills from the team of international executives overseeing the operation of the park to their local Russian colleagues.

In fact, there are hardly any studies of this kind for transition countries. Statistics available for Russian SEZs and innovation hubs suggest that firms located there are successful in terms of introducing new products and technologies and being granted patents, and that they spend more on R&D than other firms (see Chart 5.4.2). However, it is impossible to know whether they would achieve the same results if they were located outside these clusters.

Most existing evaluations of location-based policies are focused on short-term outcomes, making it difficult to judge the extent to which these policies contribute to stronger economic growth and have a more permanent impact. A recent study looked at the impact that Soviet-era science cities – towns with a high concentration of R&D facilities, as well as human capital – had on firms’ innovation activities in the period covered by the fifth round of the Business Environment and Enterprise Performance Survey (BEEPS V). The study found that firms located in former science cities were an average of 6 to 9 percentage points more likely to introduce new products than similar firms located elsewhere. They were also an average of 7 to 8 percentage points more likely to introduce new processes. This impact is substantial, considering that around 13 per cent of firms located outside former science cities were engaged in either product or process innovation.41 It provides some evidence of the persistence of accumulated human capital, resulting in localised spillovers of knowledge.

Firms located in academic towns (akademgorodoks), on the other hand, were an average of 8 percentage points less likely to introduce new products than similar firms located elsewhere. This provides further evidence that emphasis on the supply side does not necessarily improve industry’s demand for innovation or result in higher rates of product innovation among local firms. 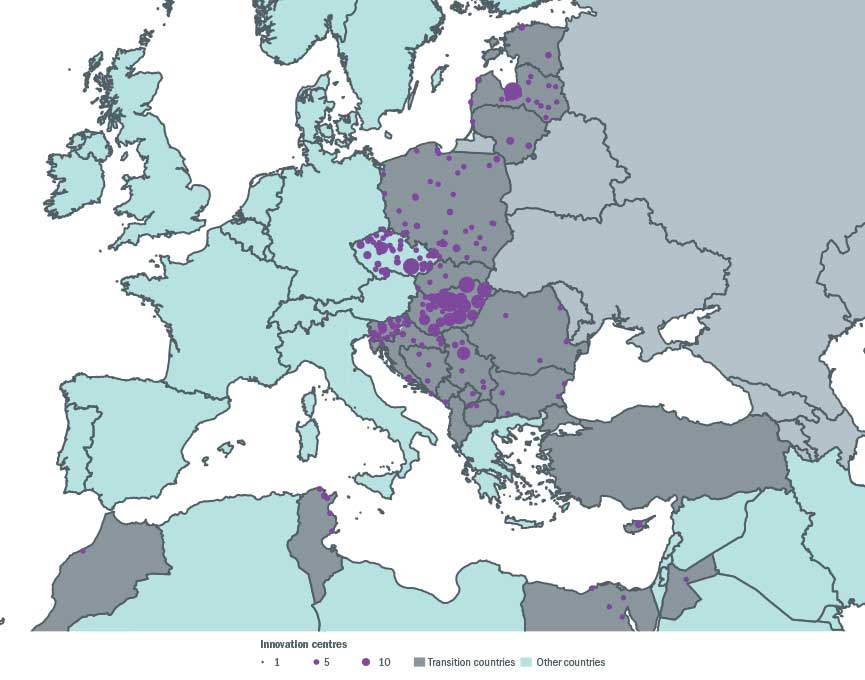 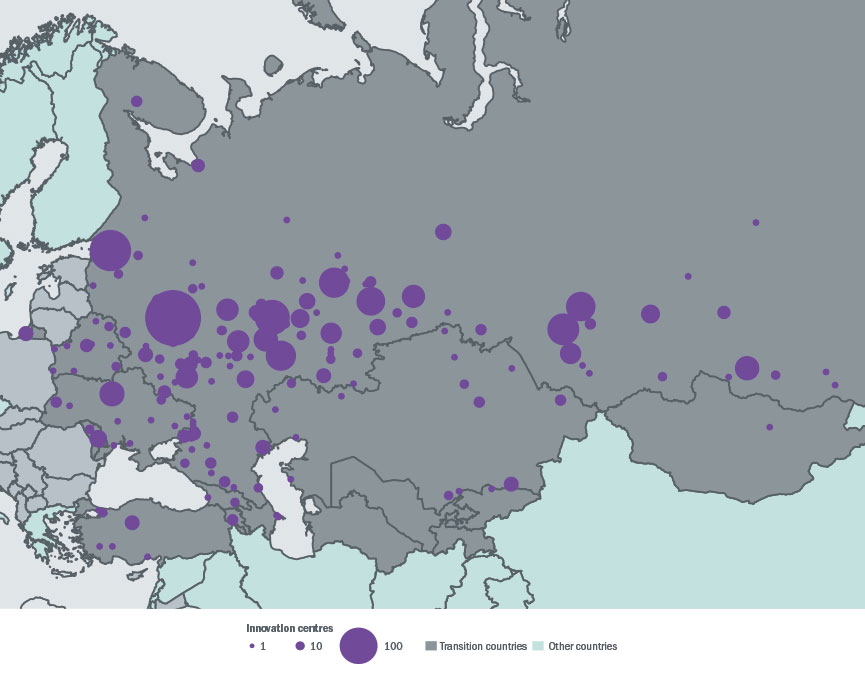